Bo Shen, the founder of the Chinese-based crypto venture capital firm Fenbushi Capital, announced via a Wednesday tweet that his wallet address got hacked for $42 million worth of crypto assets on November 10. Investigation firms have begun to look into the theft.

A total of 42M worth of crypto assets, including 38M in USDC were stolen from my personal wallet ending in 894 in the early morning of November 10 EST.

The stolen assets are personal funds and do not affect on Fenbushi related entities.

The Chinese investor further stated that the stolen funds were personal funds, not funds for “Fenbushi related entities.” At press time, only 1 ETH remained in the wallet belonging to Shen.

SlowMist Unravels Cause of Exploit

According to findings by the blockchain security platform SlowMist, the exploit occurred on Shen’s account on the non-custodial wallet, Trust Wallet.

The firm noted that the seed phrases of the wallet got compromised. However, no security threat occurred on Trust Wallet itself.

SlowMist also mentioned that 4.13 BTC and over 700,000 USDT were stolen from Shen’s Trust Wallet account. Most of these funds have been sent to a separate account on the trading platform, ChangeNOW.

The security firm added that it is in collaboration with the FBI and lawyers to apprehend the culprit.

This is not the first time that Shen has fallen victim to hackers. In 2016, his Twitter account got hacked by bad actors and was used to facilitate an exploit where at least $300,000 worth of crypto assets were stolen.

The crypto assets involved were REP, the native token for the decentralized oracle Augur, and an unknown amount of ETH belonging to the Fenbushi boss. The hacker further attacked other users of the Augur ecosystem. 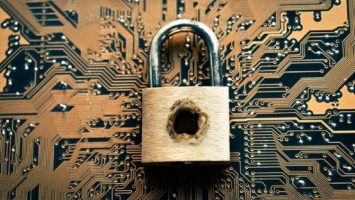