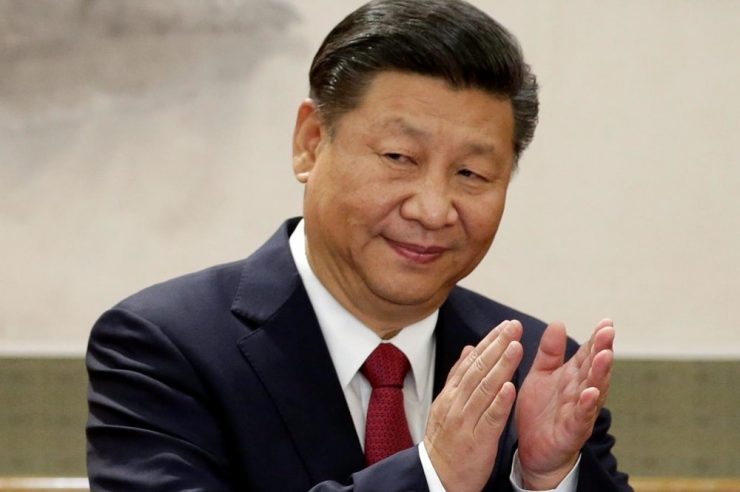 In the same week that the United States Congress queried Facebook CEO Mark Zuckerberg on the motive of his company to launch a blockchain-based digital currency, China President Xi Jinping has adopted a different approach to his American counterparts.

According to local news reports, President Xi Jinping was actively involved in a study session conducted by the Central Committee of China’s communist party to discuss the current and future landscape of blockchain technology.

Although the meeting notably marked the first time that the innovation was discussed at that level of the party, it yielded positive results, including a call by the President for blockchain to be adopted across different sectors of the Chinese economy.

Xi Jinping also reportedly stressed the fact that China already has a solid foundation to build on when it comes to blockchain, and thus should now be conscious of taking “the leading position in the emerging field.”

The President also gave attention to how China can promote research into blockchain technology and the numerous real-world cases where it could find applications, including the country’s banking and financial system.

As noted earlier, the public support which the China President has given to the adoption of blockchain is in stark contrast to the situation in the United States where unclear regulation and kicks by government personnel mar the growth of blockchain companies.

As part of Mark Zuckerberg’s defense of the Libra project this week, the Facebook CEO noted how the U.S could fall behind other countries if they fail to see the opportunities embedded in the Libra project and the blockchain ecosystem as a whole.

Zuckerberg’s call understandably hinged on the fact that China is already working on the creation of a state-backed digital currency, while authorities in the U.S appear unconcerned of the shift in the global financial system that looks inevitable at this point.

Earlier this month, Lael Brainard, Member of the United States Federal Reserve’s Board of Governors, confirmed that the central bank would wait on the result of ongoing experiments by other jurisdictions to decide whether or not to issue a digital currency.

One could argue, thus, that instead of sending letters to private companies to withdraw from potentially innovative blockchain-based projects and insisting on using decades-old law to regulate an emerging space, more could be done to provide a regulatory haven for the U.S blockchain and crypto ecosystem.

While such comfort is delayed, China’s quest for dominance of the industry has received public support from the Xi Jinping and perhaps already put the country on the path to global dominance.