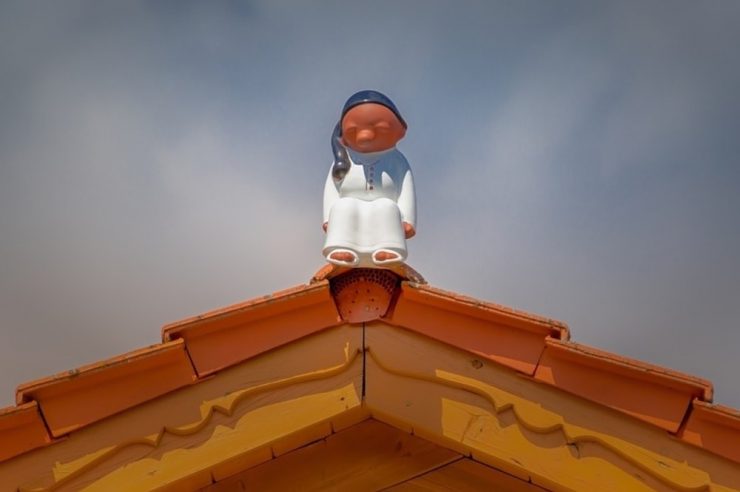 The native currency of smart contract blockchain network Chainlink (LINK) has stolen the spotlight in a resurging crypto market, recorded a new all-time high in the latest 24-hours. According to data on CoinMarketCap, Chainlink (LINK) at press time was trading at $5.50 with a market cap of more than $1.9 billion. 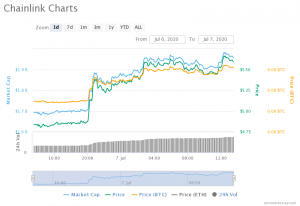 Earlier today, the coin traded as high as $5.60, representing a massive 300% increase since the major March shake off in the crypto market, which saw several cryptocurrencies losing a considerable percentage of their value.

Similarly, Chainlink (LINK) has risen by 208% since the beginning of the year, thus keeping the token on track of reaching a possible $6 or $7 price level soonest.

The recent price action of Chainlink (LINK) surging rapidly may seem surprising to some investors.

However, as stated by Glassnode, and on-chain data and intelligence platform, some investors seem to have anticipated the development. An obscene amount of Chainlink (LINK) was transferred to different exchanges on July 4 and 5, respectively. Almost 5,000 LINKs, were transferred into Binance exchange alone on July 4 alone.

According to Glassnode, these transactions resulted in a daily net transfer volume of more than $16 million on Binance, describing it as the highest daily transaction volume it has ever seen on the exchange.

Despite the milestone achieved, the number of Chainlink (LINK) tokens currently sitting on exchanges may also mean that possible downward price action is around the corner, as some traders are likely to start withdrawing from exchanges in the days ahead.

Interestingly, this is the second time that Chainlink (LINK) is recording a new all-time high in 2020. Coinfomania published a similar report when the previous all-time high of $4.44 was set on February 15, 2020.