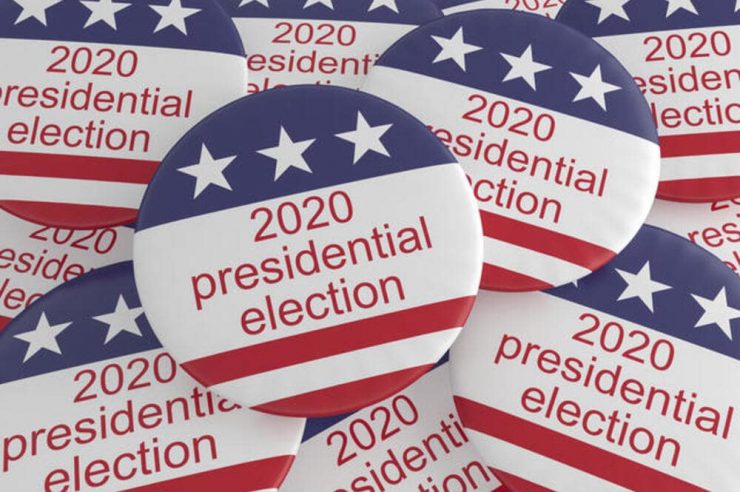 The crypto industry is gradually moving into mainstream politics as several Bitcoin and blockchain proponents have declared their intentions of running for the 59th quadrennial presidential election.

Fresh reports revealed that Brock Pierce, co-founder of the largest stablecoin issuer, Tether, will be running independently in the upcoming US presidential election scheduled for November 3, 2020.

I, Brock Pierce, am running for President of the United States of America. #2020 #BROCKTHEVOTE https://t.co/Ede6mABpTP pic.twitter.com/oTAmxuyOdm

Pierce is pro blockchain and has cofounded several blockchain-related companies including EOS Alliance, Block one, Blockchain Capital, and Mastercoin (first ICO). He is also the Chairman of the Bitcoin Foundation, an American nonprofit founded in 2012.

According to reports, the Tether co-founder has a long relationship with President Donald Trump’s former Chief Strategist, Steve Bannon. This could be an encouragement for his desire to contest independently.

Brock Pierce is not the only crypto-friendly candidate in the upcoming election. Yesterday, famous American artist and Kim Kardashian’s husband Kanye West, shared that he is also running for the presidential seat.

West is also a Bitcoin and blockchain proponent. Announcing the development on Twitter, he said:

“We must now realize the promise of America by trusting God, unifying our vision, and building our future. I am running for president of the United States.”

The American rapper received thousands of positive responses from his fans, including popular SpaceX founder and Bitcoin loving Elon Musk who said he will fully support West’s ambition.

You have my full support!

Still on the Presidential race, popular crypto bull and British-American computer programmer John McAfee earlier confirmed that he also has the interest of becoming the US president and will be running as a third-party candidate.

Andrew Yang, another Pro-blockchain, also planned to run for the US presidency. At that time, a campaign was launched for Bitcoin donations to support his aspiration. However, in March, Yang announced he will no longer be running in the 2020 election. He then endorsed Joe Biden for president.

“I am the math guy, and it is clear tonight from the numbers that we are not going to win this race, so tonight, I am announcing that I am suspending my campaign,” Yang said.

With Andrew Yang out of the US presidential race, there are currently three pro-Bitcoin candidates contesting for the executive office of the president. If any emerges victorious, they would become the first Bitcoin-friendly president in the United States.