The battle between Bitmain and its rival, Shenzhen Bit Microelectronics Technology (MicroBT), is getting more intense, with the arrest of MicroBT CEO, Yang Zuoxing, who previously worked with Bitmain as a chip designer.

Per a Bloomberg report today, Yang was arrested at the end of October because of legal issues with his former employer.

A statement made by prosecutors in the city’s Nanshan district on December 12, purportedly provided more information regarding his arrest claiming that Yang is also accused of embezzlement with legal procedures ongoing, according to three people familiar with the case.

In the statement, however, the prosecutors in a bid to protect Yang’s identity omitted the second of three Chinese characters that make up Yang’s full name and also did not mention Bitmain or MicroBT.

The Bitmain vs. MicroBT Battle

The conflict between Yang, a Tsinghua University graduate with a Ph.D. in mechatronics, who reportedly assisted Bitmain to design its machines, began after the company heads rejected his request for a stake in Bitmain.

In the course, he parted ways with Bitmain to set up his own crypto-mining company, MicroBT. The company grew up being big a rival for Bitmain. According to reports, it secured most of the market share away from Bitmain with its highly sought-after Whatsminer equipment.

However, MicroBT’s progress likely did not go down well with his former employer as shown by the latest arrest which is complicating matters at Yang’s startup.

For instance, the report noted that Yang’s arrest has prevented the company’s team from taking up further strategic decisions such as pricing for its flagship Whatsminer 20 series, which has been the best-selling Bitcoin mining rigs since the year. 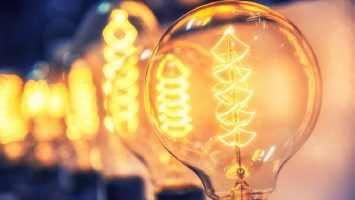