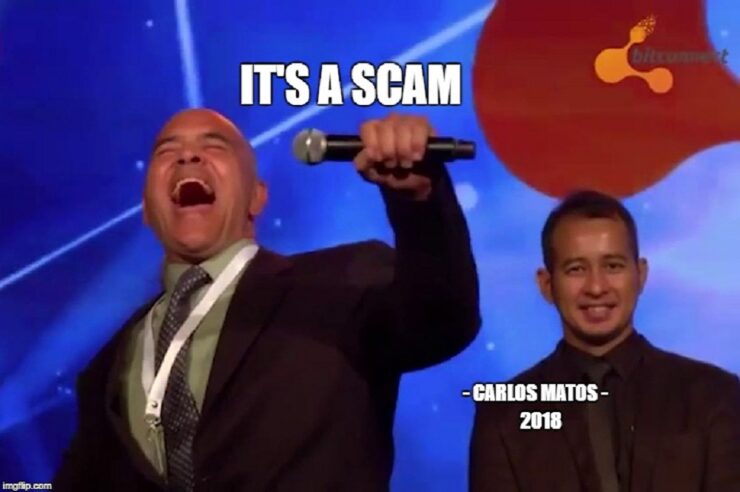 If you have been in the cryptocurrency space for some time now, then you probably participated in the infamous Bitconnect Ponzi scheme or at least heard about it.

However, for those who don’t know or may have forgotten, Bitconnect is the kind of news that gives crypto a bad name.

Bitconnect was a decentralized bitcoin lending and exchange platform launched in December 2016 that promised investors high returns on their bitcoin loans. The platform had a native cryptocurrency dubbed the Bitconnect coin (BCC), which was used to pay investors.

Bitconnect’s primary aim was to invest with users bitcoin (which is locked for some time) and share the profits made from the investment. The company claimed it was making a lot of profit, thanks to its special “trading bot,” so it offered juicy interest rates to investors with an average of about 40% monthly.

With so many users joining the project, the Bitconnect coin soon emerged as a top 20 best performing cryptocurrency on Coinmarketcap. The currency saw a price surge of above $400 with a market cap exceeding $2.6 billion in 2017.

And it was all gone

Fast forward to January 2018, Bitconnect pulled the biggest exit scam ever seen in the cryptocurrency industry. The company closed the lending and exchange platform, and users were settled with BCC, a coin which became worthless after being delisted from all exchanges in the space. The value of BCC plunged to below $1 from a previous high of almost $500.

Another scam in the making: Bitconnect 2.0

It’s been more than one year since Bitconnect left thousands of investors heartbroken, and it seems the operators of Bitconnect are coming for a rematch without any rebrand.

According to a tweet yesterday, Bitconnect 2.0 will be returning on July 1st.

Welcome everyone back to Bitconnect 2.0
We will launch Bitconnect2.0 on July 1st
visit our website for more Infoshttps://t.co/xKJ10yeYoP

Bitconnect 2.0 is most likely another scam, but sadly, many crypto gamblers have short memories. If this new Bitconnect goes live, it won’t be surprising to see people going all-in on it.