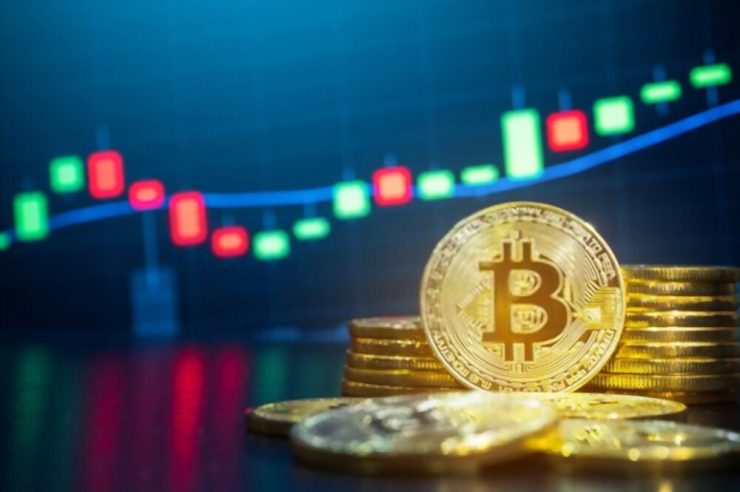 The crypto market has been experiencing a dramatic fall since mid-August. Bitcoin (BTC) has lost almost $100 billion in market capitalization with Ethereum shedding nearly 7.5 billion in the same timeframe. This represents 20% and 44% of the market value of each cryptocurrency, respectively. Could current market conditions break a historically stable price point for BTC and create a lack of confidence within the market?

The last month has reinforced the fact that the crypto market is still firmly intertwined with stocks, interest rates, and the broader world of centralized finance. Jerome Powel’s hawkish commentary on August 26 is an excellent example of this.

The chairman of the federal reserve stated that interest rates would likely remain high in order to combat rising inflation. Last week, all the major financial indexes ended up down 4% or more. The worst hit was speculative assets, including the crypto market, with Bitcoin losing a $100 billion market cap in three days.

For Bitcoin, the most recent dip followed a series of lower lows and lower highs since mid-August. The king coin has continued to flirt with the $20,ooo threshold, dropping below it during the last four days of trading between August 27 and 30 but failing to sustain prices beneath the level for long. 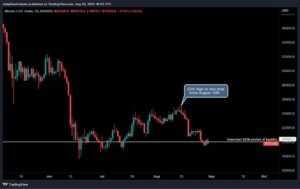 $20,000 has proven to be an area of strong buyer liquidity. The market has bounced back strongly on multiple occasions following drops to this price point. However, if these drops keep eating into the buyer pool at $20,000, can BTC continue to hold?

The further bitcoin drops, the more uncertainty investors experience, which may lead to a fearful offloading. The result could be a cascade of selling and a plummeting spiral.

Dubbed a poor month for investing as a whole, on average, bitcoin drops 6% over September.

Additionally, most Fed officials still favor the move to raise interest rates further at their meeting in September. This could lead to a dampening of investment incentives, particularly in relation to speculative asset classes.

Bitcoin may move below the $20,000 mark for a sustained period of time. September is an important month for BTC and maintaining its price at approximately 20k or above may be essential to its long-term success.