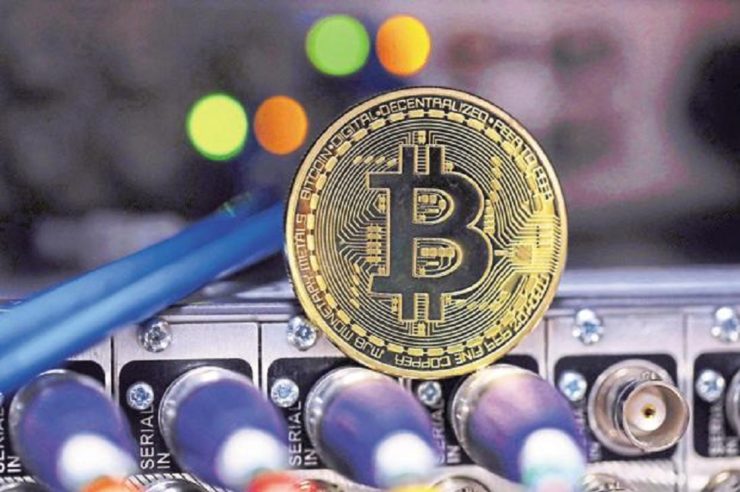 On one hand, the FCA, the Financial Conduct Authority in the UK, proposes to ban cryptocurrency derivatives and exchange-traded notes (ETNs) for retail investors.

It claims they are too volatile and therefore too risky for retail investors.

According to the regulator, they are more at risk of cyber attacks and generally are little understood by retail investors. The technology is apparently too complicated for the common investor while rule number one for any investment is to have some knowledge of the asset invested in.

For all these reasons people could be taking bad decisions and be harmed from “sudden and unexpected losses.” Hence why it’s being considered that cryptocurrencies sales, marketing, and distribution of all derivatives are banned, including contracts for difference or CFDs, options and futures, as well as ETNs, to all retail consumers. For the sake of the little investor.

On the other hand, two pieces of information are adding more spark to the current bullish market and could contribute to pushing Bitcoin price higher within the next few weeks, maybe days.

A report published by Diar.co (The Weekly Institutional Publication and Data Resource Analyzing Digital Currency & Assets) in February, detected a trend showing that Bitcoin retail investors had been on the rise throughout 2018 despite the long and steady bear market. In the last few months, the trend has established and clearly continued to rise thanks to the start of a bull market that saw Bitcoin spike over 100% recently.

“While institutions may still remain on the sidelines, on-chain data for Bitcoin addresses shows that retail investor attitudes remain strong and in fact a key growing group in supply holdings. Although still representing a small portion of circulating supply, at least in on-chain terms, month-on-month for addresses holding 1 to 10 Bitcoins have always shown a positive increase in holdings with 2019 already seeing an uptick in growth after petering out last year compared to previous years that saw a 35% annual increase on average” – reads the report.

Addresses holding anywhere between 1 and 10 Bitcoins now represent nearly 10% of the circulating supply. These addresses according to data crunching by Diar have seen positive growth year-on-year. 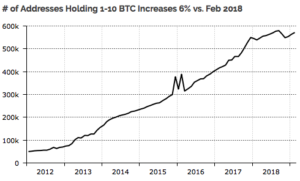 The uptrend seems to be confirmed also by digital assets market research company Delphi Digital that back in May stated that the bottom was in (referring to $3,200 hit in November 2018) and the recent price increase had given new confidence to retail investors.

The latest report from Delphi Digital notes that June was bitcoin’s fifth straight month of positive returns, which is the longest streak in nearly two years.

A recent article in Forbes reports statements from Bitmex CEO Arthur Hayes and Kraken CEO Jesse Powell in terms of how bitcoin is still very much driven by retail investors in response to claims that the recent runup in price was driven by manipulation and fraud powered by the Tether stablecoin.

Only a few days ago we reported how Bitcoin had recently spiked in Google searches beating a long-standing hit like “Jesus.” Add to that a higher premium on Grayscale’s Bitcoin Investment Trust (GBTC) as examples of retail investors’ renewed enthusiasm for bitcoin and you get the full picture.

In the meantime, the price of Bitcoin has recovered from the 30% drop of a couple of days ago from the recent high of $13,880. Currently trading back to over $11,300 crucial resistance level.