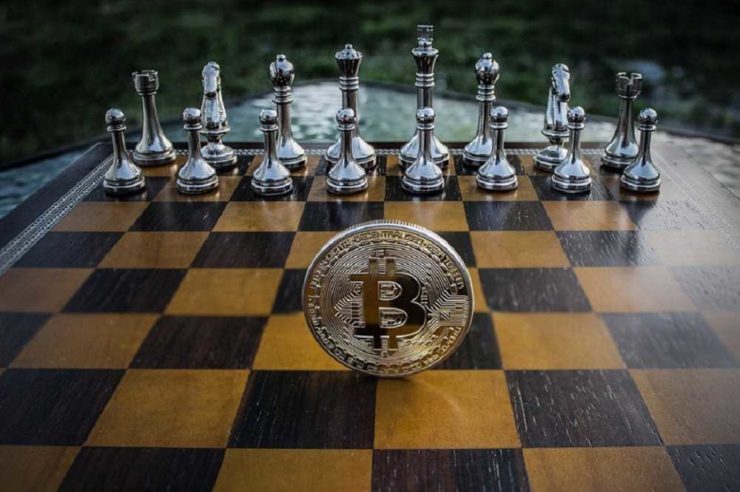 We are so used to significant volatility in the cryptocurrency markets and with Bitcoin price especially, that the current consolidation is appearing as very boring to most traders.

The good news (or bad) is we are up for a big move soon, maybe even later this week and surely within the next few weeks straight up to the Bakkt launch, on 23rd September.

A move is expected as soon as later this week when the Bitcoin CME futures expire. All eyes are on 30th August.

In a longer timeframe, we should see the price get a massive boost from the launch but many experts are not so sure anymore of the actual positive impact the event will have in the aftermath. Analysts and traders remember the negative impact that the first CME futures launch had on Bitcoin price back in December 2017, when the ATH of nearly $20K was followed by a sudden drop of about 25%, marking the start of the 2018 bear market.

The current situation is certainly different, the fundamentals are solid and a run-up to the halving next year is expected. However, it’s business as usual with cryptocurrencies and nothing is ever for granted.

Bitcoin is trading at $10,120 at the time of writing, confirming the current consolidation trend: 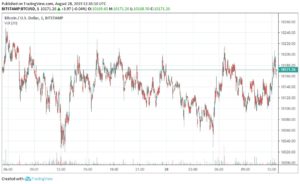 We’ve been experiencing major sideways action in the last month with a bottom of $9,163 recorded on 17th July and a high of $12,273 on 6th August. In between, there’s just been a big consolidation around the $10,000 range with a sequence of lower highs and lower lows prompting a move on the downside is to be considered.

Although most are still believing this is a bull market, they are also aware that corrections are normal and welcome as consolidations. Therefore, a drop to the low $9,000 or high $8,000 is awaited with some even foreseeing a further slip into the $5,000.

They are comparing this long consolidation with the $6,000 one we experienced at the end of 2018 when the price finally bottomed in the $3,100 range in December.

Translated into nowadays price, being the consolidation in the $10,000 level, a 50% correction would see Bitcoin dropping to the $5,000 level. Many would welcome the move to be able to stack up more of the top cryptocurrency, as in the long run there’s little doubt the value will see good gains into 2020 and 2021. Though, Bitcoin bull Mike Novogratz, predicted that Bitcoin Bill never sell below $5,000 again.

As usual, do your own research and make sure you are ready for any scenario that might unfold in the next few weeks. 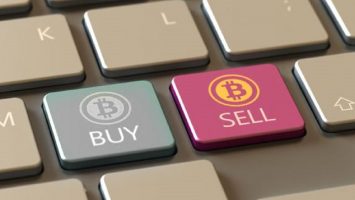