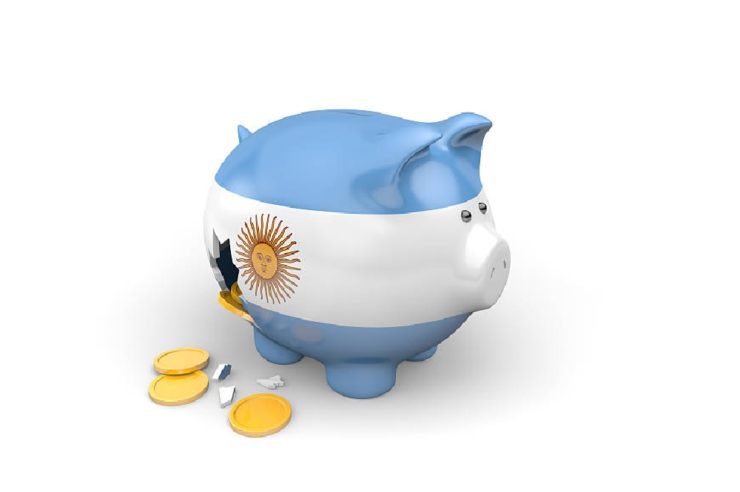 Yesterday Argentina woke up to the shocking defeat in the primaries of current President Mauricio Macri and the subsequent crash of its Peso currency and the stock market.

Leftist Alberto Fernandez won the primaries by a large majority of 16% more votes than his rival, leaving little hope for a Macri’s victory in the presidential election coming up in October.

The vote was seen by many as a test of Macri’s austere economic reforms that brought the main contestant to criticize the current president for raising short-term debt to unsustainable levels and the election results reflect Argentinians’ declining faith in the country’s inflated economy under his rule.

In an interview for Bloomberg, Fernandez also added, “Nobody believes Macri can pay back the debt. Bond prices indicate investors see the country in default.”  He mentioned he doesn’t want to default on the country’s debt.

The political turmoil, the burden of unpopular economic measures, and the uncertainty of a possible future populist government caused the dramatic slump in the markets with the Argentine stock market falling 35% and the currency dropping 25% of its value against the U.S. dollar after a surprise primary election result.

As happened in Venezuela, Turkey, and wherever massive inflation or big devaluation of the national currency occurs, also in Argentina people are now looking at ways to secure their finances and move away from a currency too insecure and risky to keep at current times.

Cointelegraph reported yesterday of an increase in the value of Bitcoin in the Argentine division of peer-to-peer exchange LocalBitcoin with the currency trading on a premium around $11,750 compared to around $11,330 on major global exchanges.

While Anthony Pompliano said in a tweet that this could be the first of a series of a currency crisis that might lead to a domino effect where Bitcoin will be the only safe haven.

WATCH OUT: The Argentine Peso is collapsing. Already down 25% against the USD today. (H/t @jsblokland)

Could this be the first of many to be exposed in a currency crisis? pic.twitter.com/bpv9CGhOs5

Yet, many believe that the Latin American economic crisis does not always result in an increase of Bitcoin purchases. Data from Venezuela has never been confirmed on a rise of Bitcoin volume, for instance. Now in Argentina, some say that crypto is not that relevant in Latin America yet, as in the case of economist Alex Kruger who tweeted yesterday that Argentinians are protecting themselves against the drop of the Peso by buying dollars, not Bitcoin.

Before bitcoiners start using Argentina (my country) as excuse to yell “Buy Bitcoin” and generate clicks and sell newsletters.

Argentines want to protect themselves against the peso losing value versus the dollar. And for that, they buy dollars.

“Contrary to popular belief, bitcoin awareness in Argentina is extremely low (outside of the tech industry, where it is high), and the Argentine bitcoin market is accordingly small. Argentina is a quasi-dollarized economy; Argentines are obsessed with and hedge with the dollar,” he added in a later tweet. Volume in the Argentine LocalBitcoin dropped steadily in the last week but Kruger himself believes it should get back up once the country breathes and realizes Bitcoin could be a good option to secure finances.