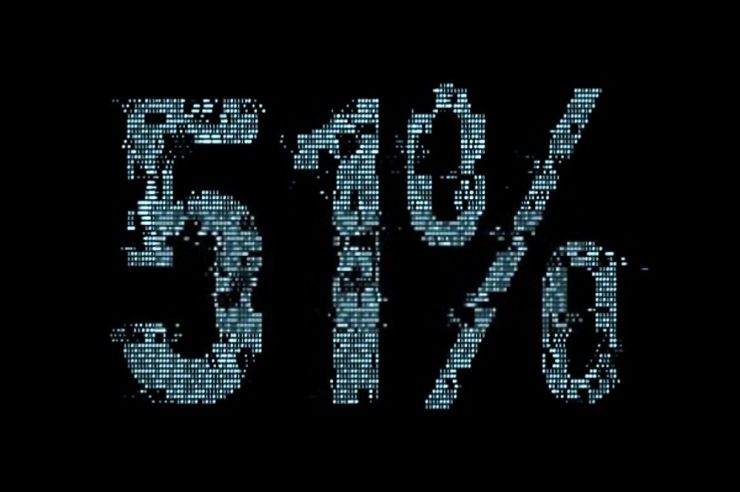 A 51% attack is perhaps the most serious breach that can happen to any proof-of-work (PoW) blockchain network.

While such an attack is easily attributable to a set of miners hijacking the network based on hashpower, and ensuing price surge recorded by Bitcoin Gold (BTG) in the last 24 hours has bewildered the crypto community (at least anyone who has been watching the charts).

According to a report published by MIT Digital Currency Initiative researcher, James Lovejoy on Saturday, a 51% attack was conducted on the Bitcoin Gold network within the space of two days, Jan, 23 and 24.

The deep re-organization according to Lovejoy saw the attackers double-spend $19,000 and $53,000 respectively, even though the cost of generating each reorg should be at around 0.2 BTC ($1,700), a sum the attacker likely recouped in block rewards.

However, the aftereffect of such an attack which is already the second in BTG’s short lifespan after it hardforked from Bitcoin, was supposed to be a decline of trust in the network, a price plunge, and potentially low activity at least for a reasonable period.

But, the reverse has been the case with data from Coinmarketcap showing that BTG’s price has gained 17% in the last 24 hours, and its market cap topping $211 million at a price of $12 per coin.

Undoubtedly, a price surge at a time when the underlying blockchain network is under attack raises questions regarding the fundamentals behind BTG, and whether the cryptocurrency is not only be used for a pump-and-dump scheme.

A common guess is that the manipulators or other potential beneficiaries are buying up large sums of the cryptocurrency to inflate its price on the same day that is getting a lot of media attention for an ugly incident.

Unsuspecting retail folks, who buy into the pump will more likely get at hurt at the end of the day, perhaps highlighting another reason why the crypto space is far from ready for mainstream adoption.