The wait for institutional investors to invest in Bitcoin has taken a remarkable turn in the last six months. While some corporates are possibly still deciding whether or not to hop in, data on Bitcoin Treasuries shows that large companies hold up to 5.8% or 1,221,326 BTC of the total bitcoin supply.

Bitcoin’s recent remarkable growth also means that these corporate and institutional holdings have appreciated significantly. While the basis cost for the bitcoin purchases stands as $29.73 billion, their current market value is approximately $39.75 billion. 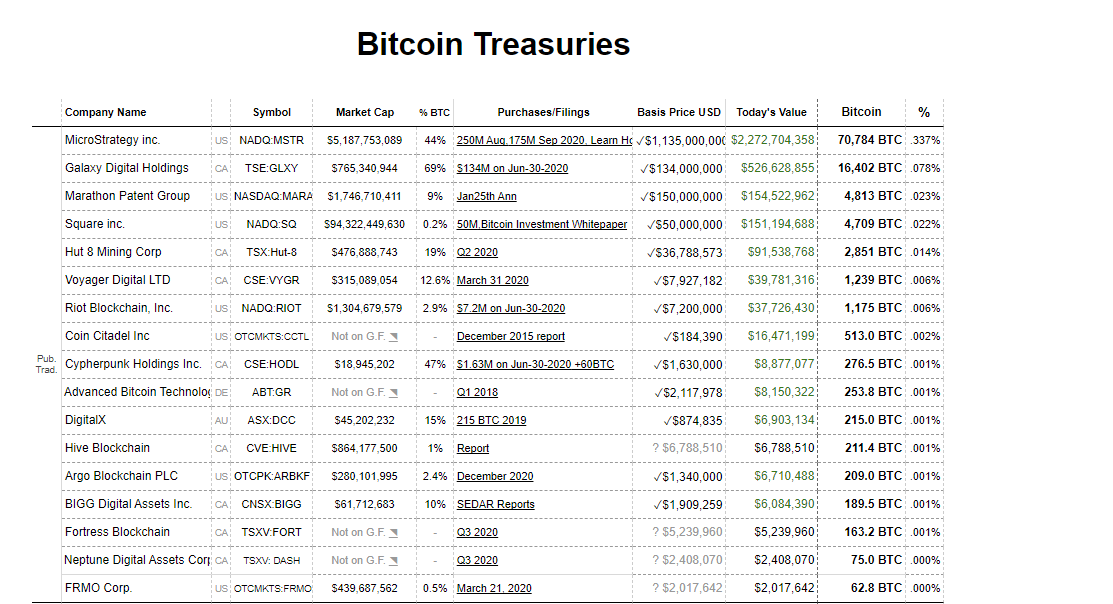 The collection of institutional holders include public and private companies, and large funds investing in bitcoin-related products.

In terms of the highest number of Bitcoin holdings, MicroStrategy is the first. The publicly-traded business intelligence and software company, co-founded by Michael J. Saylor has 70,784 BTC worth about $2.5 billion at the time of writing.

Coinfomania initially reported in August when the company purchased 21,454 Bitcoins, which was worth about $250 million at the time of purchase. Since then, MicroStrategy has not relented in increasing its bitcoin exposure.

Last week, the company added 310 bitcoins to its portfolio at a total cost of $10 million. The CEO of the company, Michael Saylor, is also not relenting as he has 17,732 BTC acquired at an average price of $9,882 in his personal holdings.

Another publicly-traded company that joined the Bitcoin party this week is Marathon Patent Group. The NASDAQ-listed company announced its acquisition of 4,812.66 BTC, worth $150 million.

The generous returns generated by earlier investors, and the current macro-economic conditions, are factors that could see more institutions want exposure to bitcoin in the years ahead.

There are also muted moves such as MicroStrategy’s upcoming conference to introduce bitcoin as a viable ‘treasury asset’ for corporations. The company’s decision to convert its treasury reserve into bitcoin kickstarted a trend that will likely continue for a long time.

Barring any significant negative development in the coming months, the institutional herd for Bitcoin could grow significantly and potentially push the cryptocurrency into the same class as the world’s largest investment assets. 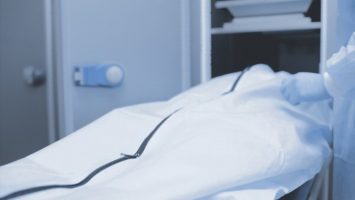