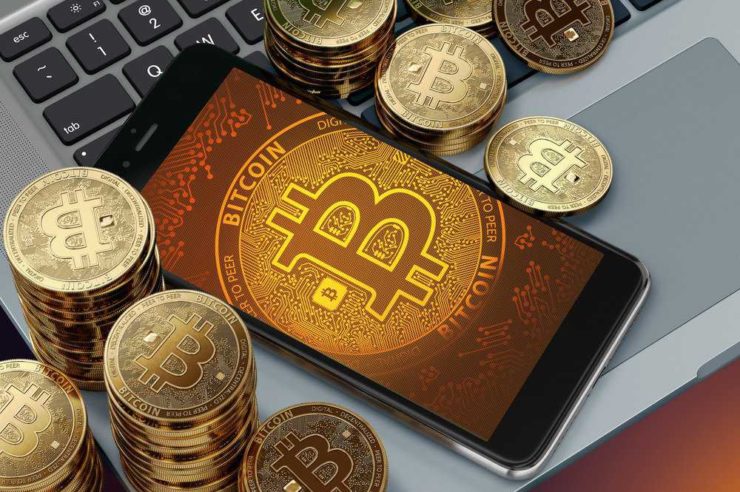 The latest “State of the Network” report by cryptocurrency data provider, Coin Metrics revealed that all-time transaction fee on the Bitcoin network is close to hitting $1 billion, while all-time miner revenue is making similar strides towards $15 billion.

According to the report published today, about $996,458,718 worth of fees has been paid already on the Bitcoin network, as of October 13, highlighting increased adoption of the system as a channel for moving value across borders. 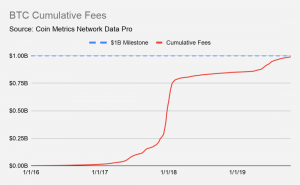 Interestingly too, the report noted that fees accounted for less of cumulative miner revenue (block rewards + transaction fees) when compared to early 2018 when prices peaked.

Deliberating on the possible reason behind the decline in cumulative fees’ share of miner revenue, Coin Metrics noted that BTC median fees shot up to almost $34 during the 2017 bull market compared to a peak of only about $3 for ETH within the same period.

Since then, though, BTC median fees fell back drastically to remain at less than $4 since February 2018.

Additionally, the drop in BTC fees could be related to the fact that ETH’s fees grew much faster than BTC’s over that period. Comparatively, as of October 13, cumulative fees make up about 3.6% of ETH’s cumulative miner revenue, while BTC’s stayed relatively flat since the start of 2018.

Meanwhile, another milestone stat from the report is that all-time miner revenue (block rewards + transaction fees) is now approaching $15 billion. 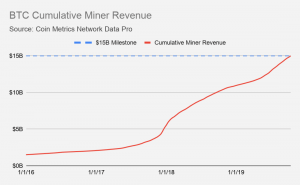 With the 2020 halving of block rewards now less than 212 days away, the number of bitcoins paid out to miners is expected to drop to 6.25 BTC from the current value of 12.5 BTC they receive for mining each block.