Since the price of Bitcoin made a slight shift from the mid-December low of $3200, many investors and traders suggested that the cryptocurrency’s price is yet to hit rock bottom and must do before a bull run can set in.

Well, Bitcoin has once again demonstrated its existence as a non-correlated and unpredictable asset class, defying odds to reach a new all-time high for 2019. 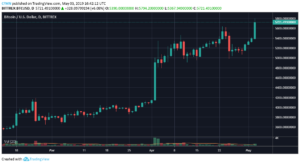 At the time of writing this report, Bitcoin was exchanging hands at $5810 even though it started the trading day at a little over $5500. In other words, Bitcoin (BTC) is recording an over 6% increase on the day and over 50% increase on the year-to-day chart.

The increase has also seen the top cryptocurrency reclaim a majority of the market share with a 55.2% dominance against other coins. With the market cap hovering at just over $102 billion at press time with a value of $5814, the cryptocurrency needs one final push to find its way past the $6000 support that it held for an extended period during the 2018 bear market.

In a similar fashion like Bitcoin, top altcoin Ether (ETH) is also in solid greens, with gains just below 5% according to press time data from Coinmarketcap. 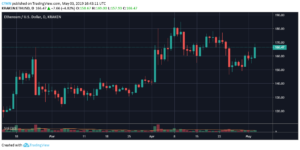 While ETH started the day with prices near $162 it has climbed to as high as $170 before retracing its steps back to $169. The altcoin’s market cap has gained $700 million within the period under consideration and stood at $17.89 billion at press time.

Holders of the native token Ripple’s payment system doesn’t see as much joy in the markets as Bitcoin and Ethereum holders. That, however, does not rule out that on a bearish day, the 1.50% growth that Ripple (XRP) records on the 24-hour chart would not signify a healthy gain for traders. 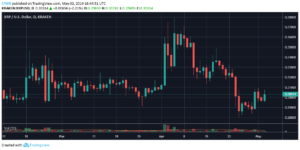 Others cryptocurrencies in the top 10

Aside from the top-three cryptocurrencies mentioned so far, market performance for the other top coins include — 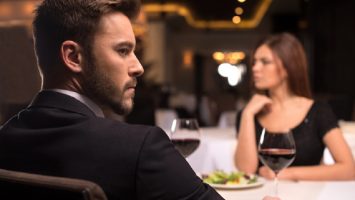