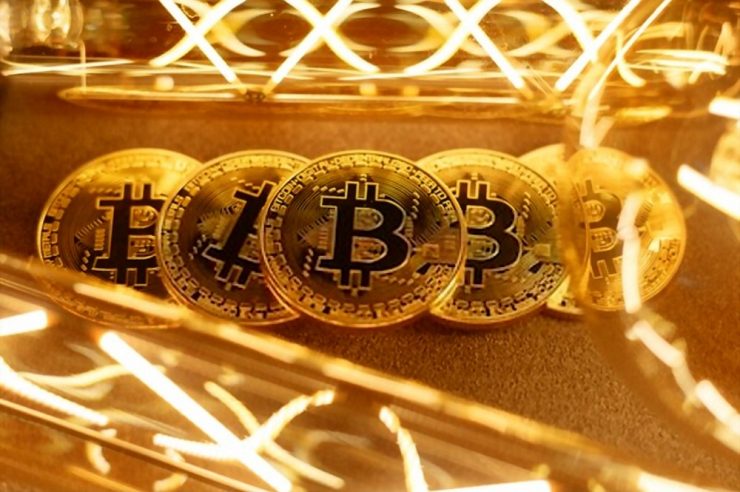 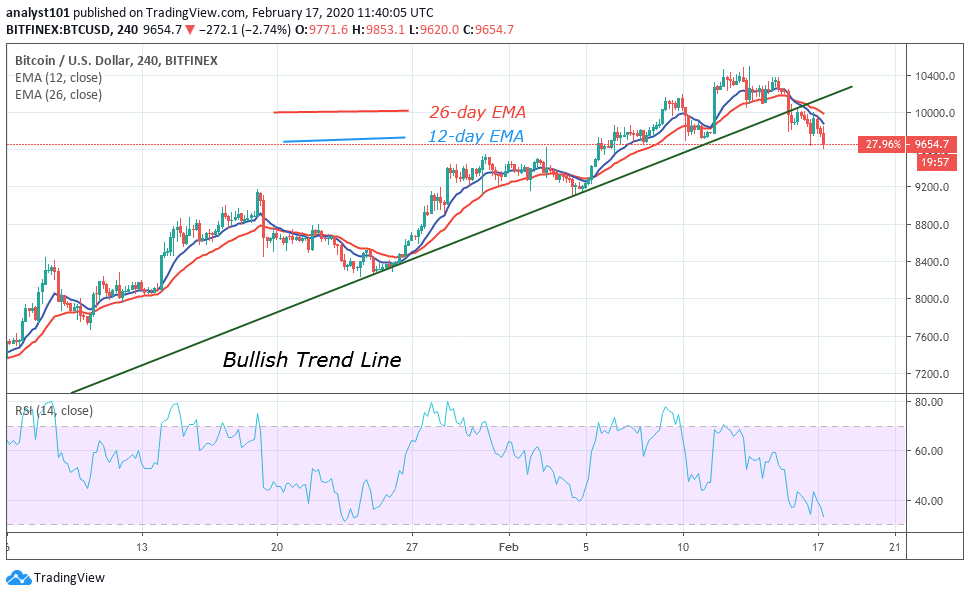 On the 4-hour chart, the bulls tested the resistance at $10,400 on three occasions before the coin was repelled. The price fell to the previous support at $9,800. A rebound is likely if the upward move is to continue. Nonetheless, if the bulls fail to rebound, the bears will take advantage of the bull’s failure to break below the support.

Broken support of $9,800 will push Bitcoin to the low of $9,200.On the downside, the bears have broken below the EMAs and the bullish trend line. This is an indication that the downward move is ongoing. Meanwhile, the Relative Strength Index period 14 level 33 indicates that the coin is in the downtrend zone. Bitcoin is below the centerline 50 which means the coin will be falling. 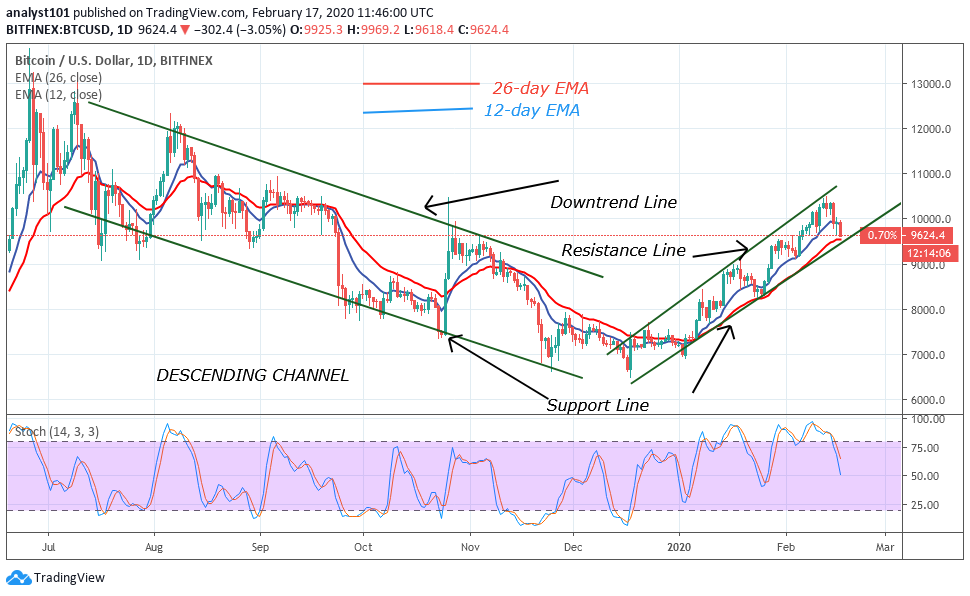