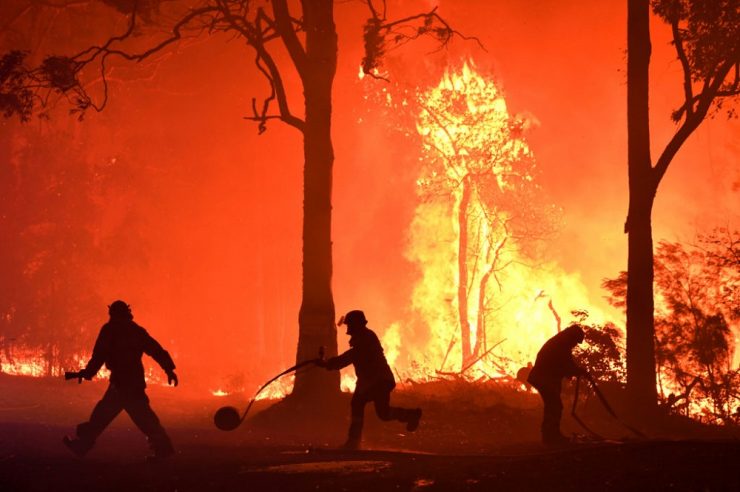 Binance Charity Foundation, the official philanthropic and blockchain-based charity platform of leading cryptocurrency exchange, Binance has initiated a charity project as part of its effort to provide support for the ongoing devastating bushfires in Australia.

The new project dubbed “Australia Bushfire Donations” will help to raise funds that will be used to help the country.  According to the announcement, Binance kicked off that initiative on the charity platform with a donation of $1 million worth of its native cryptocurrency Binance Coin (BNB).

Owing to the vision of improving transparency in the charity sector, while also attaining the 17 Sustainable Development Goals, Changpeng Zhao, Binance CEO noted that, “donating for Australia Bushfires charity program is the most direct and effective approach to make an impact.”

The bushfires are spreading through Australia and at least 500 million animals and 25 people have been killed with more an estimated 8.5 million hectares including 2500 buildings consumed by the fire.

“It is painful to see the bushfires burning across Australia as well as the devastating effects on the ecology and the local community. We want to help this urgent crisis […], and we are also calling for the whole crypto community to join us in supporting Australia,” the CEO added.

Binance Charity Foundation currently accepts BNB as a donation, and being a blockchain-based platform, it will map every contribution and allocation for each project on the technology to bring about efficiency to the disaster relief work.

All the funds raised via the Australia Bushfire project will be directed on facilitating relief and restoration of most damages caused by the disaster, according to Binance.

Speaking on the development, the Head of Binance Charity Foundation, Helen Hai added:

We feel for the people who have suffered losses in this natural disaster, and we strongly want to do our part to help. It is also the original intention we had when we created this platform, which is to use technology to empower people and to help those who need it the most.

While the move today from the world’s leading cryptocurrency exchange is highly commendable, it’s also worth noting that many crypto enthusiasts already debuted donations for the Australia Bushfire, many of which were donated in Bitcoin (BTC).

Crypto donation has proven to be another effective means to raise funds to combat several menaces, such as child abuse, fire outbreaks, including providing support in politics.

Last year, Binance announced an initiative dubbed “Binance Charity for Children Initiative,” a project that was designed to provide launch for African children through the donations of BNB.

“We want to build 100 schools in Africa fully funded by crypto. #BuiltWithBitcoin is our way of giving back to the communities that we serve in a way that is sustainable and brings huge smiles on our faces,” Ray Youssef, the CEO of Paxful, said in his statement.

When crypto assets are donated to individual politicians, they become legal and are not included in the report on the balance of political funds, Takaichi said.