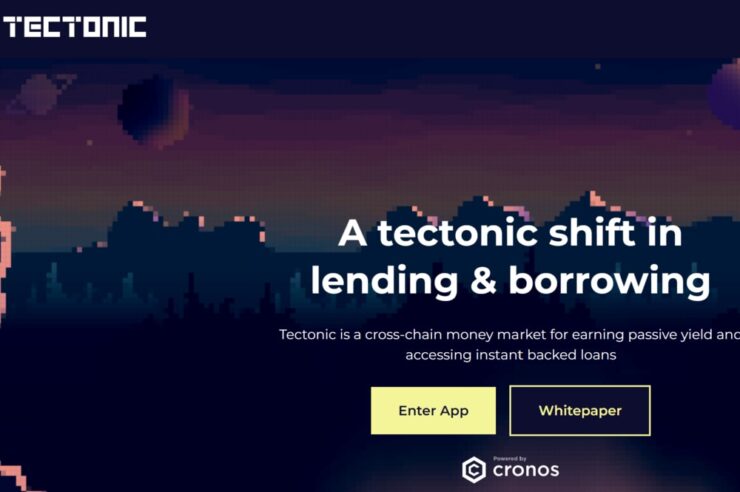 The crypto market boasts more than 17,000 projects, with many new ones launching daily. Tectonic Protocol is one of the coins to make its debut on the market and many investors are already searching for reliable Tectonic crypto price predictions.

Is Tectonic a good investment? In response to the growing interest in the asset, this article provides a Tectonic Protocol overview and also delivers some Tectonic crypto price prediction for 2022.

As per the whitepaper, Tectonic is a decentralized non-custodial algorithmic-based money market protocol in which suppliers provide liquidity to the market to earn a passive income, while borrowers are able to borrow liquidity in an over-collateralized order. In a nutshell, the protocol allows users to participate as liquidity suppliers or borrowers.

Tectonic is said to help HODLers generate additional returns from interest by supplying assets to the protocol without having to actively manage their assets. It also allows traders to borrow not only the project’s native token (TONIC) but so many other cryptocurrencies to capitalize on their short-term trading view by shorting or farming.

Most traders are skeptical of investing in the project because of the extremely large supply. However, the Tectonic team claims to have a good spread on the coin.

102,000,000,000,000 (102 trillion) or 23% of the total supply is owned by the protocol team. Additionally, these assets come with a clause of 4 years vesting and daily release. The team also allocated less than 1 trillion $TONIC for airdrops with no vesting schedule.

With expansion in view, the Tectonic team has proposed that 52,500,0000,000,000 (52.5 trillion) or 13% be used for sponsoring partner development projects, community initiatives and advisors, etc. The funds have no vesting schedule and will only be utilized for ecosystem related initiatives.

The equivalent will be used for security audits, protocol operations, infrastructure upgrades, and liquidity reserves. The clause – No vesting schedule and will be unlocked at launch at the launch of the protocol.

A whooping 50.9% of the total supply will be given to the community members as participation incentives and liquidity mining / staking rewards, including $TONIC rewards paid out on third party protocols including Farms & Mining campaigns on DEXes. You may wonder how you get your reward if you decide to invest in the protocol. The project team will be paying out these rewards in the form of another token.

Unfortunately, these gains are limited to liquidity providers and they will receive corresponding tToken, which entitles them to redeem their supplied assets in the future. The tToken-to-asset exchange rate will continuously increase to reflect interest earned by the lender.

Each asset supported by the Compound Protocol is integrated through a tToken contract, which is an ERC-20 standard representation of balances supplied to the protocol. By minting tTokens, users can earn interest through the cToken’s exchange rate, which increases in value relative to the underlying asset, and also gain the ability to use tTokens on other protocols that accept tTokens. How many tokens are supported? Below is a list of these assets.

The price of Tectonic (TONIC) might rise as much as $0.00000145 by the end of 2022 if the project captures further mainstream attention. Otherwise, it could continue to steep decline and drop further below its initial market price.

Bearing in mind that Tectonic is a fairly new project, interest in the digital asset is surging as many would expect. However, we are seeing a gradual build up of the expected output. One of these indicators is the search trends. More investors, as well as newbies, are searching for “Tectonic Finance” or the similar question, “is Tectonic a good investment” on search engines as awareness increases.

These searches come with the intent of investing, revealed by the token’s price growth since it was introduced to the market. TONIC got more boosts when it was listed on Crypto.com and Hotbit. With the growing popularity, it is hard to predict how high it will soar. However, we note that the project is gradually piquing traders’ interest almost the same way SHIB did.

As interest in Shiba Inu grew, so did its trading volume and its worth. During 2021, the asset increased by more than 10000% as it climbed up the market cap ranking and was once the ninth largest coin. We also observed that before this sudden surge, SHIB was experiencing a downtrend.

It’s yet to be seen if the currently ranked 2851st coin by market cap will get the same attention as SHIB. Nonetheless, based on HODLers’ behavior as of the time of writing, the most likely positive Tectonic crypto price prediction is for the coin to experience a 500% to 1000% surge, thereby eliminating one or two of the zeros at its current exchange price of $0.0000009476.

On the other hand, investors must also recognize that Tectonic coin could go to $0 if the team fails to live up to the earlier hype, or if the project suffers a security breach. If any of that happens, the question from investors will likely change from, is Tectonic a good investment? to “How do I get my money back?”

Where can I buy TONIC?

As previously mentioned, $TONIC is currently listed on both Crypto.com and Hotbit. You can also earn coins by joining the community or via airdrop.

Is Tectonic a good investment?

Are There Tectonic Coin Competitors?

As of this writing, there are many existing cryptocurrency staking and lending protocols that have gained more traction. Compound, Aave and Solend are prime examples.

In this article, we discussed extensively what Tectonic protocol is as well as its native token. We also speculated that the asset may see massive surges in 2022 but reached this conclusion by comparing it to another coin. The write-up concluded by answering frequently asked questions about Tectonic Crypto, including the most common one, is Tectonic a good investment?

Tectonic crypto price predictions for 2022 and beyond should not be perceived as financial advice.  Every trader must do their own research before investing