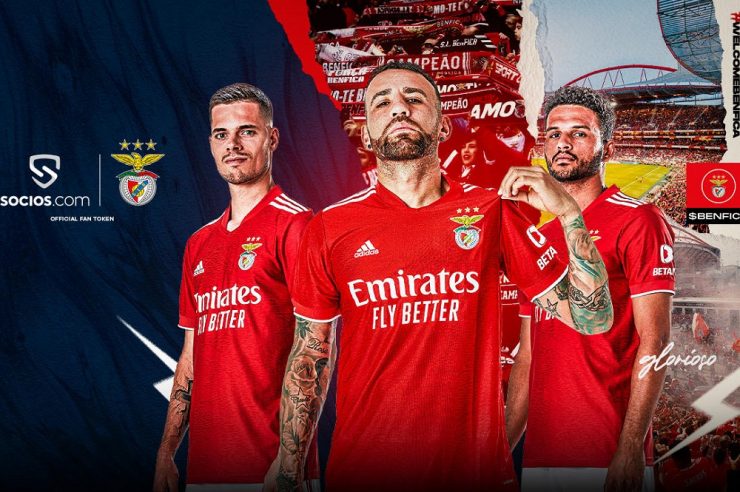 Portuguese football club SL Benfica announced today it has partnered with crypto fan engagement firm Socios.com to launch fan tokens. The move makes it the first football club in the country to launch a fan token on the Socios platform.

As per the announcement, the fan token will give Benfica fans the ability to vote on club decisions, unlock VIP rewards, and many other exclusive benefits.

“We have been very attentive to digital assets, a market that has been influential in our sector in recent times. We are very pleased to partner with Sócios.com, the ideal partner to develop our Tokens and to bring the Benfica family together around the world,” Domingos Soares de Oliveira, CEO of SL Benfica, said.

Aside from Benfica, the fan engagement firm has partnered with a host of other top football clubs in the world, including Paris Saint-Germain, FC Barcelona, ​​Valencia, Atlético de Madrid, Manchester City, and Arsenal.

Since the platform was launched by leading blockchain provider Chiliz three years ago, it has significantly improved the way sporting firms engage with their fans all over the world.

The firm said it plans to hold at least 500 votes for its growing community of fan token holders this year, enabling them to influence fan-centric decisions including kit design to squad numbers.

The platform further noted that it will offer rewards that will give over 17,000 fans the opportunity to attend live matches of their favorite team this year. Socios also said that it is looking to add more features to its app in the near future.

In March, Socios entered a multi-year partnership with football legend, Messi. As part of the deal, the player will promote the app to his social media followers.