Publicly listed cryptocurrency mining company, Argo Blockchain, said on Wednesday, that it has increased the order for Bitcoin mining machines from 5,000 to 10,000, in an effort to expand its mining capacity.

According to a report from Proactive Investors, the cryptocurrency miner replaced a previous order for 5,000 Antminer S17s, which cost about $13.09 million, with an expansion order for 10,000 Antminer T17s, at the price of $9.51 million.

Argo noted that about $6.5mln down payment for the initial order would be transferred to the new one, while the remaining $3 million balance will be covered up through the firm’s existing cash reserves.

The order for 10,000 mining machines results in a total number of 10,500 machines awaiting delivery, which the firm expects to be delivered in batches as soon as December.

With all the machines installed, Argo, which is also listed on the main board of the London Stock Exchange (LSE) with the symbol “ARB,” will now have a total of 17,000 crypto mining machines in operation, which significantly raises its capacity by 240%.

The executive chairman of Argo, Mike Edwards, commented that the sudden switch from S17s to T17s represents a “significant expansion” of the company’s mining infrastructure, adding that it will increase its output considerably.

“Our strong balance sheet and cash flow means we can continue to invest to take advantage of favourable industry conditions and position Argo for long-term growth and value creation,” Edwards added.

Still on the growth of the crypto mining industry, Bitmain, a leading bitcoin mining chip maker recently announced it has opened what it’s believed to be the largest bitcoin mining facility in Rockdale, Texas, in partnership with two other firms.

The facility initially debuts as a 25 megawatts (MW) capacity mining farm on a 33,000-acre site owned by Alcoa, an Aluminum Company of America. Although Bitmain already had plans underway to expand the farm to 50MW, it wants to grow the facility to more than 300MW capacity continually. 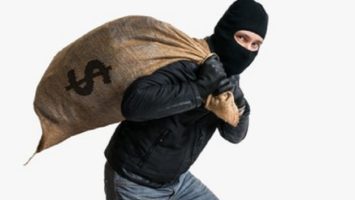