The support level under $10,000 is $9,600 which the cryptocurrency did not hit this time but are we due for a new bear market or is this merely a correction?

We wrote on July 2nd that the likely scenario for the next few weeks would be for BTC to trade between $8,800 and $14,000 with high volatility in the cards and so far this is exactly what’s happening.

At the time of writing the currency is slightly recovering with a price of $10,550 so the next few hours will be crucial to understand if it’s likely to turn to an uptrend again or if the support target of $8,800 is still well in play. 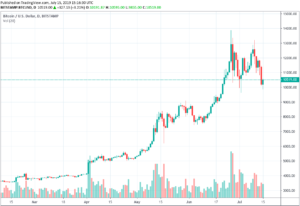 In technical analysis, breaking two support levels is a bearish event and likely to trigger a further drop. Just like, on the other hand, breaking two resistance levels might push the price higher.

For a full recovery, we now need to see the price hitting $10,800 again and strongly hold it for a good while. Breaking $11,000 another time would be bullish and might push the price to a new high over $13,000 again.

Over the long run, we expect prices to swing regularly, with both FUD or FOMO reactions which are quite normal in similar situations. People on social media are already screaming that the crypto market and Bitcoin are dead after this latest correction. Instead, the scenario is presenting itself just as predicted by many, that is extremely volatile but also very bullish on the long term.

Corrections are necessary to make the market stronger. If the cryptocurrency market went past the long and bear cycle of 2018, why is it so hard to stay positive in just a corrective trend?

The digital currency market is still very young and small compared to stocks, bonds, gold, and other assets. Being so small means that every shake it gets and external circumstances are likely to affect it more easily. For instance, some believe this drop is due to Donald Trump’s tweet the other day, which generated a lot of fear and uncertainty to inexperienced traders.

If that’s the case, the market’s reaction has actually been mild since a drop of 16% is not very high for cryptocurrency considering the news was pretty bad for the industry.

Other cryptocurrencies are also in recovery mode at present. They suffered the most significant drops with major losses recorded by Ether ETH (15%), Litecoin LTC (12%) and Bitcoin Cash BCH(17%). 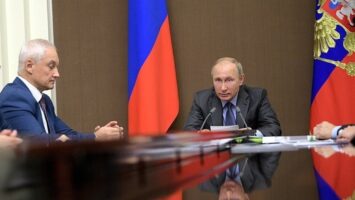