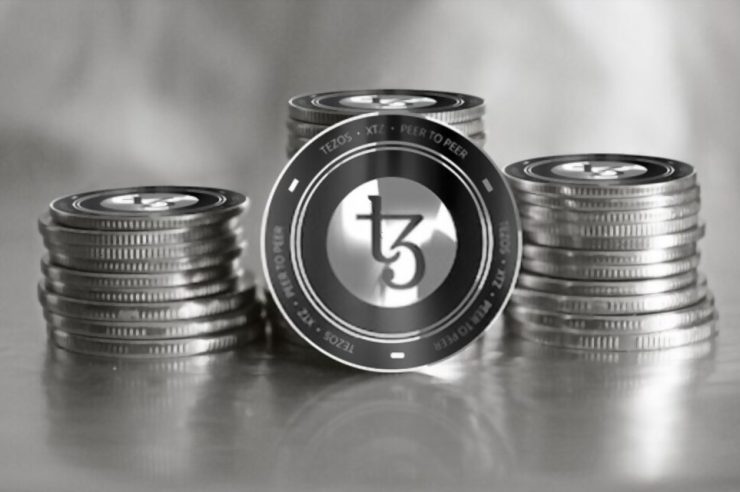 The number of Tezos users earning passive income via staking has skyrocketed throughout the past year, with over 80% of the coin’s supply delegated for staking at the time of writing this report.

However, a recent report by BakingBads revealed a common, yet unpopular mistake which leads to XTZ delegators potentially receiving no staking rewards despite delegating their coins for this purpose. Approximately 558 Tezos addresses may already have been guilty of this error and likely missed or currently missing out on staking rewards.

To understand this mistake with XTZ staking, it is worth mentioning first that users can delegate their XTZ holdings for staking in two ways.

The first is delegating to a non-custodial baker using hardware or mobile wallet applications such as Ledger, Trust Wallet, Atomic Wallet, etc. XTZ coins are not transferred to the baker.

The only thing delegated is the right to use these coins to participate in baking (validating) XTZ transactions on the network in exchange for rewards, which are, in turn, distributed to delegators in proportion to the value of staked assets.

The second way for users to stake Tezos (XTZ) is through custodial bakers (primarily cryptocurrency exchanges like Binance, Kraken, and Coinbase). Users receive staking rewards by merely holding their XTZ on a wallet on their chosen exchange and thus do not have to go through the stress of safeguarding their assets as with a non-custodial wallet.

The ease with this form of staking explains why investors buy Tezos (XTZ) on Coinbase more than other altcoins. It also forms the basis for why other Tezos users are not earning staking rewards.

At this point, it is worth mentioning that these exchanges have to set up a baking account on the Tezos network. This way, they can earn the rewards that they distribute to only customers who hold XTZ on their exchange.

The downline, however, is that there is nothing that technically prevents users from delegating Tezos from their personal wallet to any validator, including Exchange bakers.

Therefore, while Exchange bakers only distribute staking to users who hold XTZ on their platform, any user that delegates to exchanges directly from their wallet will receive no reward.

It is also worth recalling that exchanges require KYC data and other information before you can use their full platform features, thus making staking payouts to customers who do not deposit XTZ practically impossible.

At the time of writing, approximately 558 XTZ users are delegating to exchange bakers. (361 Binance, and 227 Kraken). Exchange bakers lead the top baking positions on the network because of their significant holdings primarily made up of users’ XTZ deposits.

The BakingBads report also suggests that the number was way higher in 2019, with some 392 delegators already decamping from Exchange bakers likely after realizing the mistake. 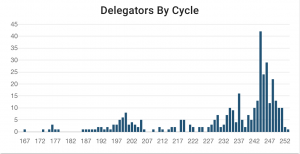 However, since most wallet providers (Ledger, Atomic Wallet, etc.) do not warn users that Exchange bakers are custodial staking service providers, some Tezos holders will likely continue to make this mistake going forward.