Announcing the milestone today in a press release, 21Shares noted that its Solana ETP, which launched earlier this year under the ticker ASOL SE, has attracted the attention of institutional investors.

Despite listing on the Swiss stock exchange (SIX exchange) in less than five months, ASOL SE has surpassed over $100 million in AUM, making it the fastest-growing 21Shares’ ETPs the company has ever launched.

The development comes just over a year after 21Shares reached $100 million in assets under management.

However, Bitcoin (BTC) and Binance Coin (BNB) were 21Shares dominating ETPs then.

The products are already listed across eight regulated exchanges in Europe and Switzerland, the company said in the announcement.

The company’s massive growth has seen it quadruple its number of staff from 20 to 80 in less than a year.

“We’ve been extremely fortunate to have our business strategy – including our people and product plans – align with market activity to create such unprecedented opportunities. We look forward to continuing to expand and update on our progress over the next few months.”

Like Ethereum, Solana has become the home of various decentralized finance (DeFi) developers, as many decentralized applications (dApp) have gone live on the open-source blockchain platform.

However, unlike Ethereum, users have enjoyed faster and less expensive transactions, causing more investors to adopt its native cryptocurrency, SOL.

SOL has by far been one of the most remarkable cryptocurrency on a year-to-date (YTD) basis.

Per data on Coingecko, SOL began the year at $1.50 and surged to an all-time high of $213.47 in early September, making it the seventh-largest cryptocurrency by market capitalization. 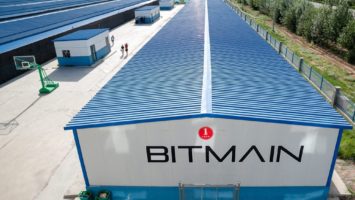