With a more than 5% increase in the last 24 hours, it is easy to say the buyback is now in play. We see the price of most cryptocurrencies on the rise as of this time. The market seems to be back on track as Bitcoin is trading above $59k and Ethereum is shooting its shot at $4,600. Market sentiment as of this time is showing progress and tilting in favor of the bull.

Although the Fear and Greed index is back to its lowest since last week, current market conditions are hinting at the reverse of the current reading which is currently at 32. The last trading session was filled with little or no action and the fear and greed index was 42 – still displaying fear.

There is no massive tilt in market fundamentals as there has been no price-shaking news since the start of the intraday sessions. One observation is the story of the probability of a supply shock sending prices higher over the past few months, while November on-chain data shows that sentiments remain bullish and buy-side demand is outpacing sell-side interest.

The most recent hike could be a result of the above report. Let’s see the extended impact of BTC supply hitting the lowest in three years on the crypto market.

The most valued cryptocurrency opened the week at $58,600 after suffering a more than 10% decrease last week. A market outlook outlined  BTC as one of the many cryptocurrencies to watch this week as the current price level is hinting at incoming massive price actions.

The projection concluded with the On-chain analysis suggesting that the supply of the most valued crypto assets is at its lowest – this a recipe for explosive actions. Bitcoin seems to be seeing a build-up to the price explosion, as it is trading 3% higher than it closed the previous trading session.

Bitcoin is currently exchanging above $59,000 – sparking hopes of a return to $60k. The king coin has shown a lot of progress over the past day as it gained more than 5%. The surge saw it leave the low for the week and take a step closer to $60,000 but falling short by less than $500.

With prices edging closer to the most talked about level, the most valued crypto asset will have a tough time flipping $62,500. There remains no strong support levels before $58,000 in the event of a further price slip.

Ripple coin started yesterday trading more than 3% lower than the price it started that session. The coin is on its way to recording its third week of losses as it failed to surge higher. XRP saw a high a high of $1.06 and low of $1.02 over the past 24 hours.

The XRP/USD pair continued its downtrend after losing more than 10% during past week . The Moving Average Convergence Divergence (MACD) shaded more light as to why the seventh-largest crypto-asset keeps dipping. The chart above shows a bearish cross on the indicator under consideration.

Although we observed the statement in the weekly chart, we also see that both MACD lines have maintained a tight gap for more than 8 weeks now. However, on the daily chart, the gap between the metrics under consideration is wider but may intercept soon.

We have seen various support break as a result of intense pressure, even despite the seventh coin slurpy price action. Traders may bank on the $1 support it has seen no threats for more than three weeks.

Polkadot has gained “a little weight” over the past 24 hours, as it closed the day 3% higher than it started. The body of the candle on the daily chart is an inverted hammer as the body is larger on the downside with no wicks protruding except at the top.

Having dipped below the 50-day MA last week, the mark is becoming increasingly unattainable with progressive stability in price. Nonetheless, with the candlestick pattern, we may see more hikes.

The price dip is bringing the interception of MACD fast and slow lines after they both surged considerably for more than half the current month. With the cross and both lines still wide away from each other, more surges are needed to prevent further slip in price.

Having bounced off the $37 support once last week, a repeat may be imminent if correction continues. Seeing a high of $40.2 during the previous intraday trading sessions, this critical may see more flipping.

The Relative Strength Index (RSI) is bearish as it has been dipping since the start of the week. Dogecoin is trading below both the 50-days and 200-days MA – a bad sign for the buyers. The price rally the DOGE/USDT pair saw last was not enough to create a new low for the coin as it is currently exchanging at $0.21.

Since losing the $2.4 support, it is worth noting that Dogecoin only tested it once. It remains critical level as stability over the mark could signal the start of another bullish run.

The $0.23 support failed is in preventing further price drop, hence the continuation of the downtrend. The inability of the bulls to reignite the uptrend has resulted in the coin delay in regaining $0.3. We may see DOGE at $0.20 if the bulls don’t rally the market.

Avalanche saw a 34% increase last week and has seen a high of $151 but could not continue the rally as it was me by gradual intensifying selloff largely led by increasing gas prices on the nascent blockchain project.

As a result these bearish actions, AVAX dipped to a low of $111. The past 24 hours offered little comfort a 3.45% increase. If the market does not shake off this negative fundamental news, we may see a retest of $110.

The $90 support may also be at risk of flipping. One notable event is that the downtrend is a little slower than many will anticipate – an indication that the bull are putting up a hard fight for the coin to regain composure and continue its uptrend. 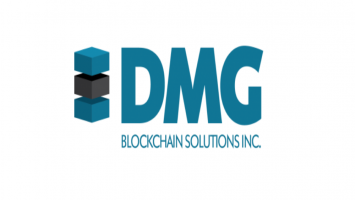